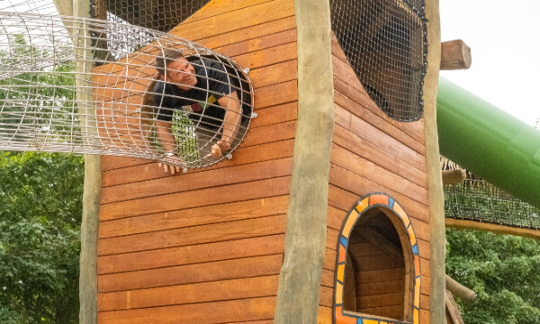 He has handled the world’s deadliest animals and travelled to some of the most remote places on earth, yet daredevil Steve Backshall was almost stumped by his latest challenge – rescuing Hobbledown’s very own Fern the Fairy, trapped in a castle!

The BAFTA-winning adventurer and wildlife expert took on the unusual challenge – a far cry from meeting deadly sharks and snakes – when he visited Hobbledown during the summer holidays.

Together with his Olympic Gold Medallist wife Helen Glover and family, Steve visited our adventure park and zoo to open Fern the Fairy’s new giant play castle – part of an £800,000 summer investment at Hobbledown.

Guests were delighted as he scaled the 8m tall castle as part of a show, cheered on by Hobbledown characters and crowds in the audience.

After his heroic rescue, Steve said: “I wasn’t sure I could do it at first, it’s not something I’ve trained for but the other kids gave me some good advice and fortunately we made it ok. But it was a tough one!!” 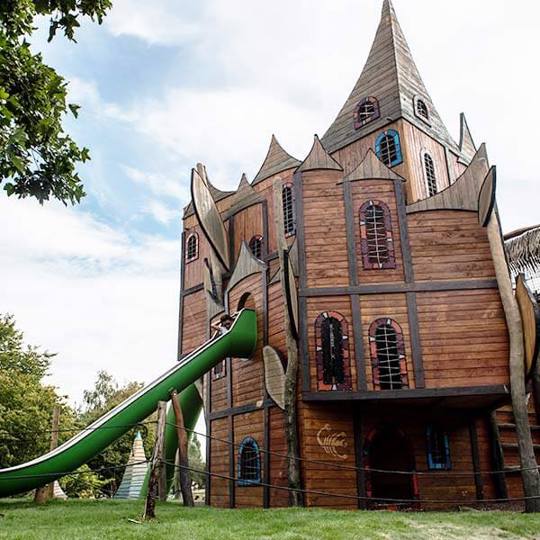 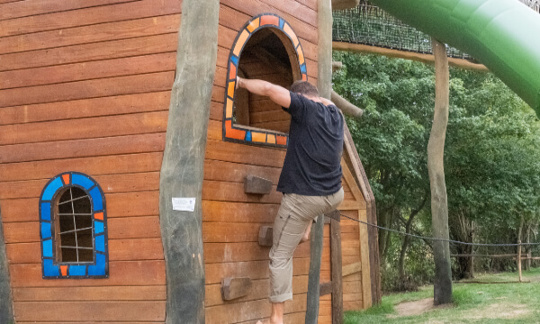 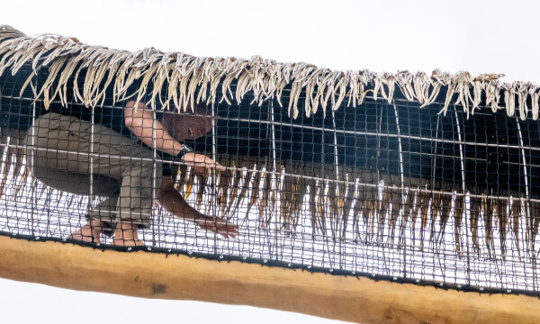 Steve on his rescue mission 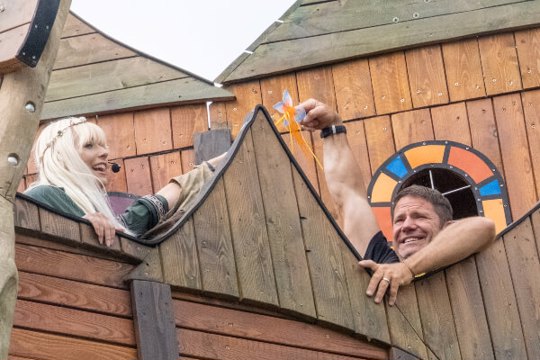 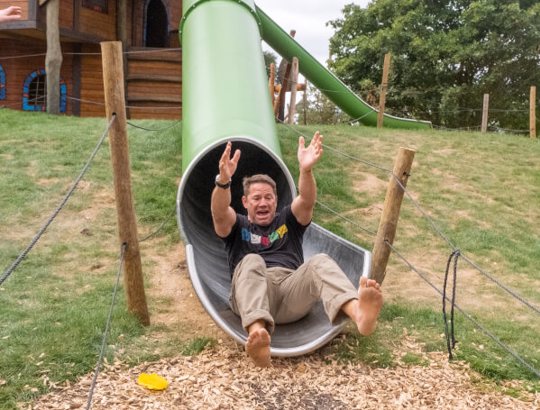 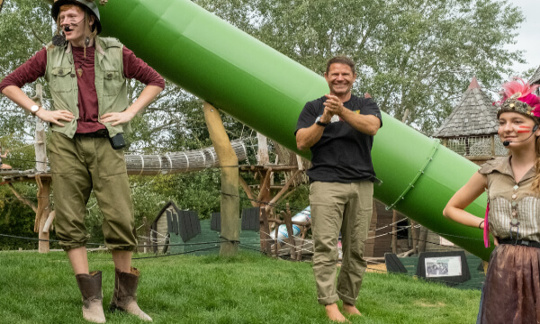