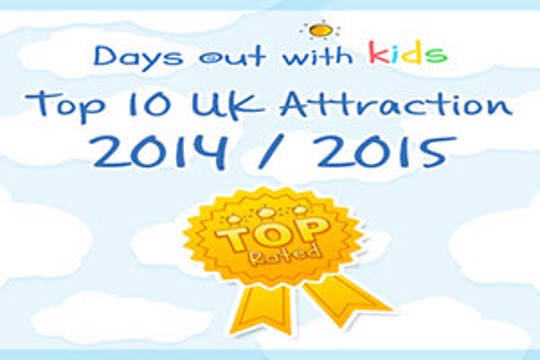 Hobbledown has been given its fifth big accolade of the year.

We have been named among Days Out With Kids ‘Top 10 UK Attractions’.

At number 4, we are just below leisure giants Paulton’s Park which houses Peppa Pig World, the Museum of Science and Industry in Manchester, and Legoland.

Days Out With Kids lists a total of 4000 attractions and has nearly 450,000 likes on Facebook. The top 10 favourites were voted for by users of the website.

A spokesperson for the site said: “Days Out With Kids is a site for all parents on the hunt for fun things to do with the kids. We’ve found all the attractions, both near and far, so you don’t have to.

“During the past year our users have been busy leaving reviews and ratings on our website and app. Hobbledown Children’s Farm has been recognised by our users as a wonderful place to bring their children for a day out and as a result it has been voted #4 UK attraction.”

Hobbledown general manager David Long said: “We are delighted to be listed among the top 10 UK attractions, even beating The Natural History Museum! We are proud that Hobbledown and its sister company Kidspace Adventures are market leaders thanks to the commitment of the public and dedication of their teams.”

The honour follows a string of accolades that Hobbledown has been given in the past year: